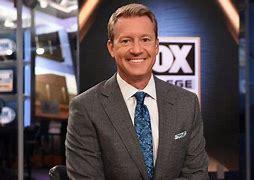 You know what time it is. That’s right its time for another special of Adawg’s top 5. This week is going to be a thriller. I am listing the 5 worst futbol sportscasters/commentators. Nothing is worse than wanting to listen to the best sport of all time and having to dread listing to the people who are trying to ruin the sport.

Rob Stone works for Fox and it still amazes me on the lack of knowledge this lad has. Stone needs to stick to the sports he knows best and that’s UFC and College Football. He is one of those guys who just ask all kinds of questions just to gather information and comes up with his own conclusion. You aren’t fooling me Rob come on and just admit you are ignorant when it comes to futbol.

That right!! It doesn’t take very long to start ripping on the ESPN FC “commentators”. This just shows how much ESPN really cares about futbol. Moreno is that annoying commentator that compares himself to world class players like Neymar and tries to get validation from all of ESPN FC. This just comes to show that Alejandro Moreno is in it for himself and not for the sport.

What do yall expect? That’s right we have another ESPN FC person on the list. James Olley is an awful writer and his only goal is to talk nonsense just to drive media attention. Don’t get me started with his article explaining that not starting Bale was the best option for Tottenham. His explanation was he needs to prove that he earns the starting spot. What an awful argument.

The man, the myth, the Barca Lover, that’s right its Rob Palmer. Rob Palmer aka “England’s Crappy Voice” has nothing better to do than talk all day about a team that always finished second in La Liga. Waking up early to watch a great matchup and hearing Rob ruined my whole day. The commentator at Sky Sports should drop the mic and quit.

Steve’s favorite word is moron. To tell you the truth Steve, YOU are the moron. Saying Van Dijk is better than Ramos is ridiculous. The worst take that Steve had was saying “Sergio Ramos is a good soccer player, but he is not world class.” That goes down in history as the worst take of all time. Steve is just jealous he was not as good as a defender as Ramos. Steve Nicol is a washed up nobody who craves media attention.